Bronze medal for Switzerland, organizer of the International Physics Olympiad

The participants in the International Physics Olympiad (IPhO), around 350 students, should have met in Belarus this year, but things turned out differently due to the war in Ukraine. Thanks to the swift initiative of dedicated Swiss volunteers, the school competition could be held online from July 10 to 18. Eight delegations also met on site in Denmark. Among them were the Swiss youngsters, who received four awards:

Members of the Swiss organizing team for IPhO 2022 (All pictures: Physics Olympiad).

The experimental exam in Denmark.

Luis Jost after the theoretical exam.

Adrian Serrano Capatina during the announcement of the results of IPhO 2022.

A beach outing in Denmark.

Left to right: Bruno Pontecorvo, Adrian Serrano Capatina, Patrick Zenhäusern (did not participate in IPhO), Lucio Ineichen and Luis Jost with their gold medals after the national finals of the Physics Olympiad in March.

Adrian Serrano Capatina and Bruno Pontecorvo with Lukas Gallmann of the Swiss Physical Society during the national finals of the Physics Olympiad.

Piranavan Subaharan during the national finals of the Physics Olympiad.

When the International Physics Olympiad planned for Belarus was canceled in the spring, one thing became clear to the volunteers at the Swiss Physics Olympiad: talented young people should have the opportunity to take part in the IPhO this year as well. Together with a team of motivated volunteers from all over the world, they quickly set up a virtual version of the competition. This IPhO was not limited to the screens, at least for the participants from Austria, France, Belgium, Luxembourg, Sweden, Iceland, Israel and Switzerland. These eight delegations actually spent the week together in Denmark. "We wouldn't have made it without the international help," says organizer Nicolà Gantenbein. "For me, that's what makes the IPhO special: it's a cooperation among many countries and cultures."

Announcement of the results of IPhO 2022.

The Swiss participants had the opportunity to interact with people from "only" seven other countries instead of the complete set of around 70 delegations. But this more intimate mini-IPhO definitely had its advantages, according to Bruno. "That's how I actually got to meet and talk to everyone," he says. The highlight? “On the last day we found a music room and spent four or five hours playing music together”. During this week in Denmark, IPhO participants showed again and again their many talents outside Physics. There were multilingual karaoke nights, trips to local attractions, sports, campfires and dessert specialties from the eight countries.

Things got serious on July 11 and 13. In two five-hour exams, one experimental, the other theoretical, young talents from all over the world put their knowledge to the test. For one task they had to imagine that they had landed on an unknown planet. With the help of simulation software and some extra information, they had to determine various properties of the planet, such as its mass or the wind speed on its surface. Another task looked at the physics behind the James Webb telescope, images of which had made the headlines that same week. In order to do well in the exams, the students needed a systematic approach and knowledge of various areas such as magnetism, optics, mechanics or vacuum technology.

Images can be used for free with acknowledgment of their source (Physics Olympiad). You can download them at the end of the post using the button.

Contact person for the organization of IPhO, head of the Swiss delegation n.gantenbein(at)olympiad.ch

The Science Olympiad encourages young people, awakens scientific talent and creativity, and proves: Science is exciting.  Ten Olympiads take place every year: Workshops, camps, exams as well as competitions for over 4,000 talents in biology, chemistry, geography, computer science, linguistics, mathematics, philosophy, physics, robotics and economics. The organizers are young researchers, students or teachers who voluntarily invest many hours and heart and soul into the national program. 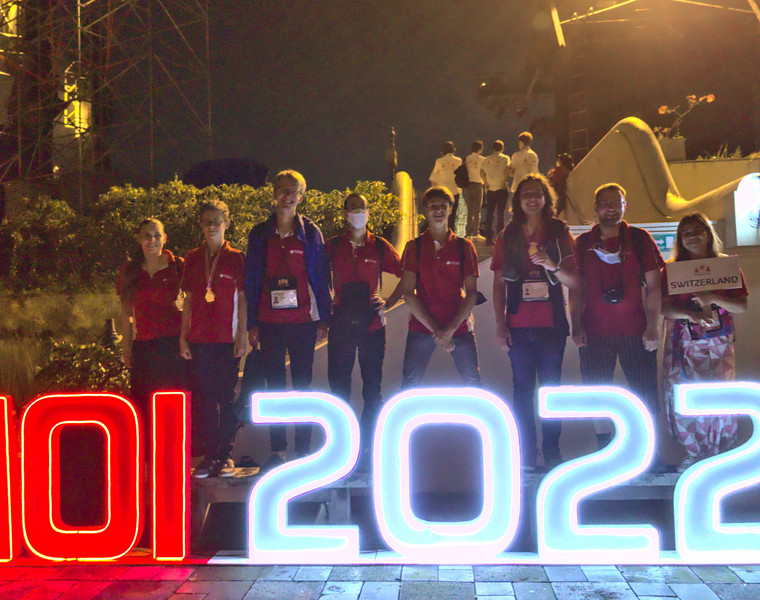 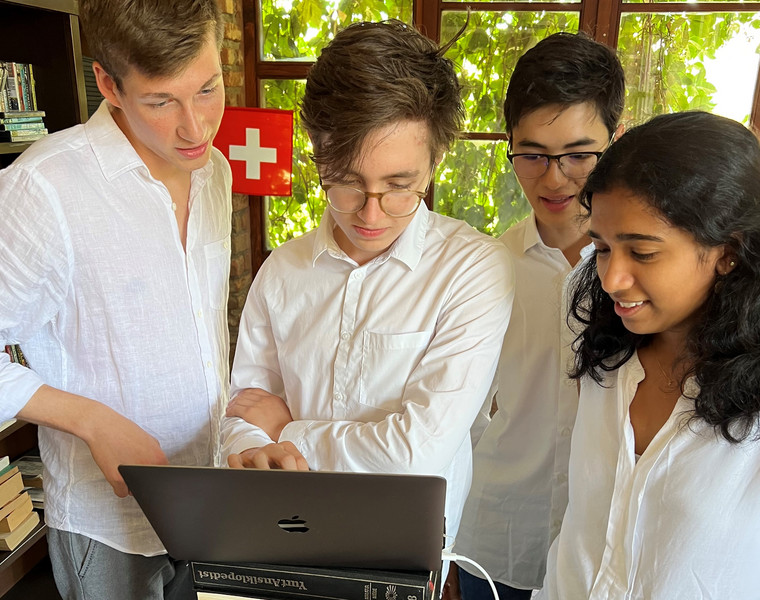 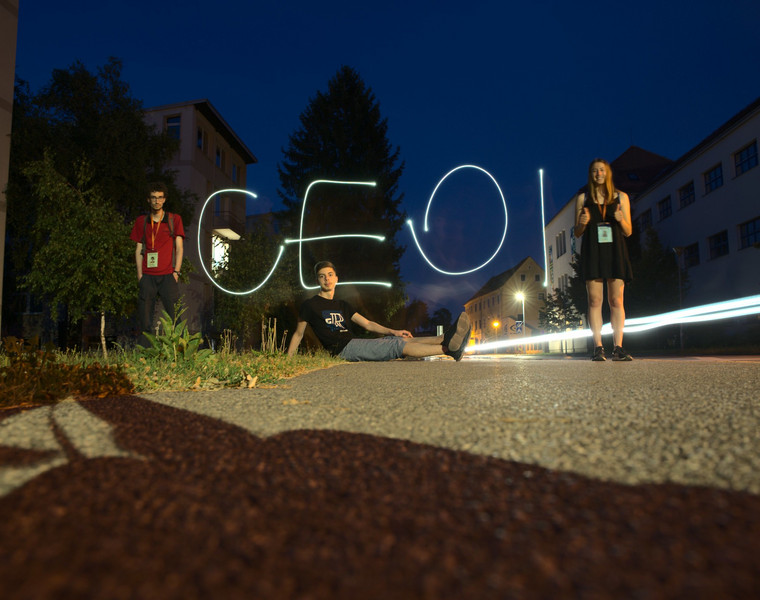 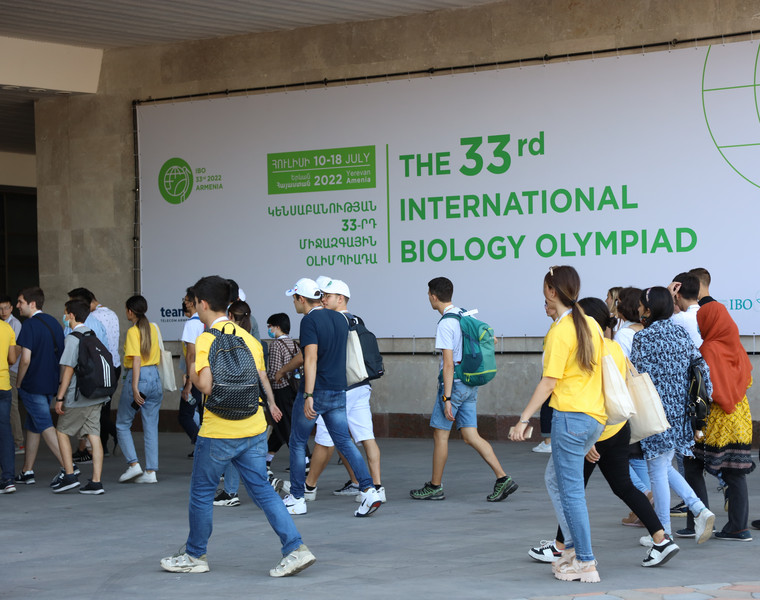 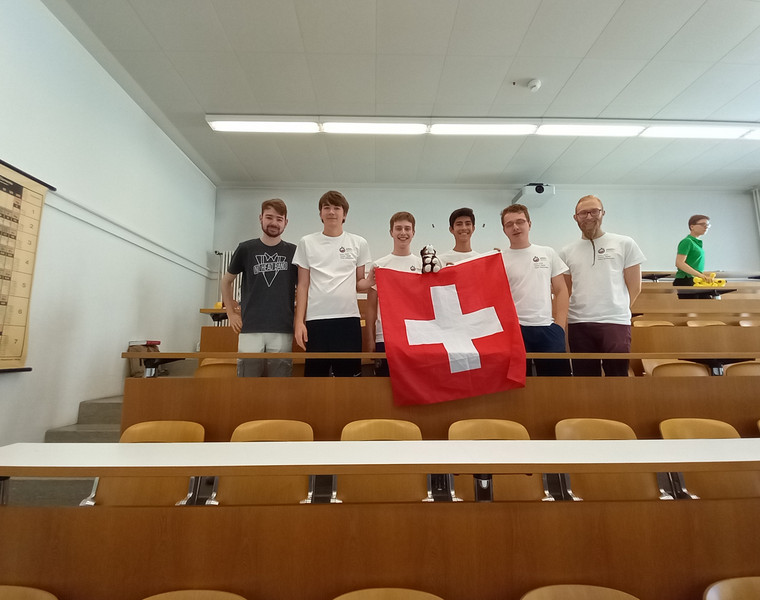 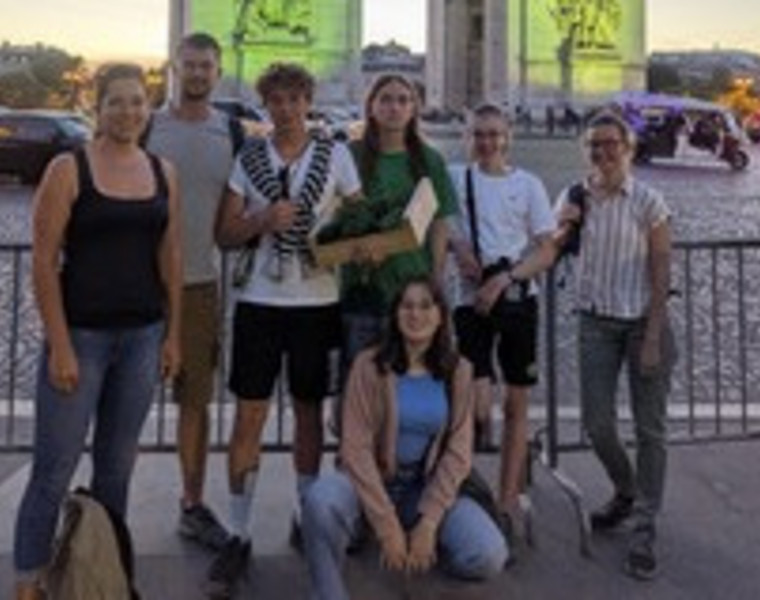